The Kisii County Government is conducting a physical audit and headcount of all county workers to establish the actual work force.

An internal MEMO from the Chairperson of the County Public Service Board (CPSB) Ms. Nancy Omwenga to all Chief Officers, Chief Executive Officer (CEO) in charge of the Kisii Teaching and Referral Hospital (KTRH) and to the Municipal Manager, required all officers to participate in the week-long exercise.

“Officers under your supervision who fail to participate in this important exercise will be deemed not to be employees of the County Government,” read part of the MEMO.

According to the MEMO copied to the Governor, the Deputy Governor and to the County Secretary and Head of County Public Service, the exercise will be conducted between 15th -18th and 21- 22nd November, at the Kisii Agriculture Training Center (ATC), all sub county headquarters and at the KTRH.

Governor Paul Simba indicated that the headcount will unmask ghost employees who might be on the county’s payroll.

“We have hired a reputable firm, the Institute of Human Resource Management, to assist us carry out this activity. The firm has done staff audits in a number of counties including Migori and Garissa and has come out with good recommendations,” said the Governor.

The Governor observed that he will give out the staff audit report early next month during which he will make public how many shillings have been lost to the ghost workers.

“The report will align employees according to their profession. It will also address irregular job promotions that were witnessed in the former regime,” he said.

Tweet
More in this category: « New CECs sworn into Office I will deliver, assures Simba »
back to top 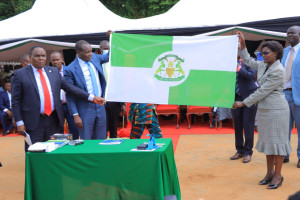 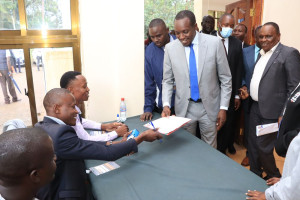